Joycean Christmas is almost upon us and the excitement is ramping up here in Bloomsday Towers. We recommend booking your places soon as some of our events are starting to sell out!

With so much to choose from here are our top picks for the week up to Bloomsday 2018. 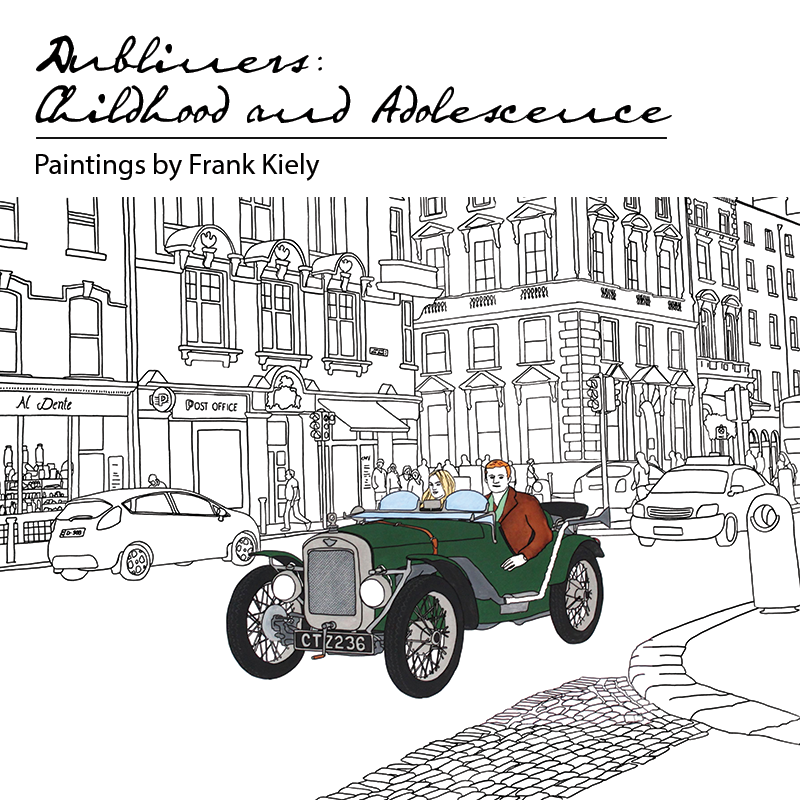 Here at the James Joyce Centre, we’re kicking things off on Sunday 10 June with the launch of Frank Kiely’s new exhibition (pictured above) at 2pm introduced by Terence Killeen. From there we’ll wander over to the Olivier Cornet Gallery for the launch of Drawing on Joyce where 5 artists including street artist Maser and poet Paula Meehan have been drawn from various contemporary practices including abstract and figurative art in various media such as 3D, print-making and painting. They have charted Dublin, mapping the fabric of the city, to seek traces of Joyce’s multi-layered novel. After this, it is back to the James Joyce Centre where the Dublin Sketchers’ sketchbooks will be on display. And if you still have not enough of art, head over to the Duke Street Gallery who is hosting an exhibition of paintings by Aidan Hickey “Painting Ulysses”, followed by a talk by John Behan RHA, ‘Proposal for Sculpture of Leopold Bloom’. These exhibitions will run throughout the week. 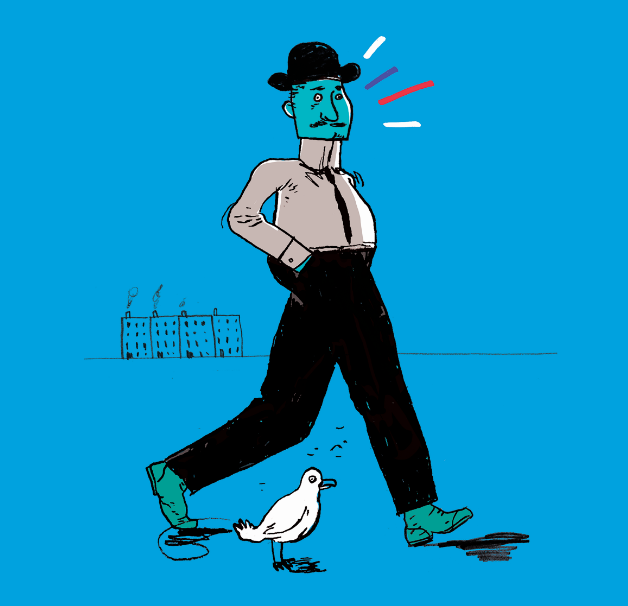 Then there are plays all around Ulysses and James Joyce that are running throughout the week like Molly at Bewley’s Cafe Theatre, Strolling through Ulysses and Umbrella Theatre’s Exiled. If you want to go see the brilliant production of Ulysses at the Abbey Theatre, use this code to get a discount on your tickets: SUMMER. 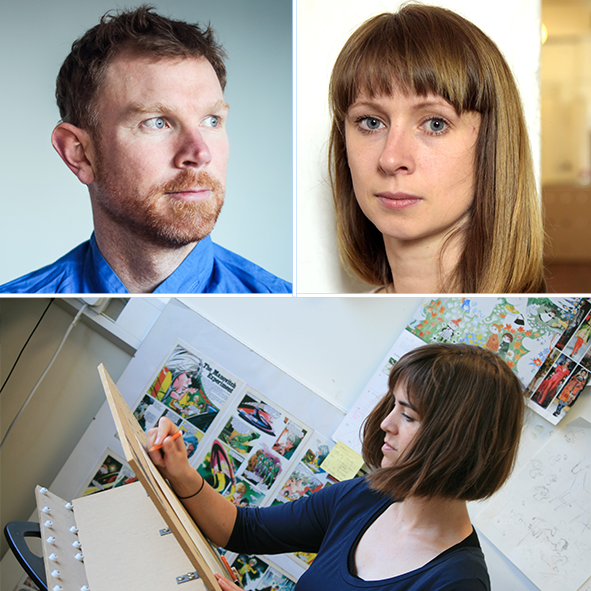 Why Dont They Go and Create Something: Joyce, Art and Inspiration with Aine Stapleton, Sarah Bowie and Sean MacErlaine
11 June at 6:30pm

Start the week on Monday 11 June with a lunchtime reading of Ulysses in Sweny’s Pharmacy, the original location from the ‘Lotus Eaters’ episode. They will have readings all week. Then spend the evening at the James Joyce Centre with illustrations, music and dance all inspired by James Joyce’s life and works with Sarah Bowie, Séan MacErlaine and Áine Stapleton at Why Don’t They Go and Create Something. Or if you are more astronomically inclined, attend the event at the Dunsink conservatory, Joycetime at Dunsink, where the astronomical references in Ulysses will be discussed, accompanied by a song or two. 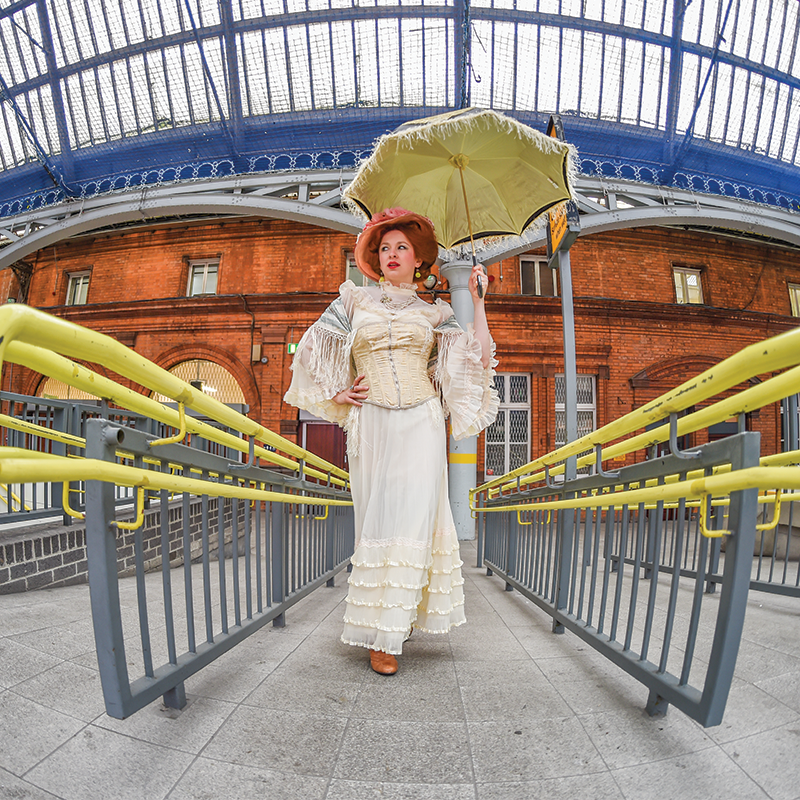 Bloomsday Fashion Workshop with Bella A GoGo and At it Again!
12 June at 6:30pm

On Tuesday 12 June, go on a tour with Dublin Ulysses Tours to get an interactive introduction to James Joyce and his novel. Then you have the choice between a talk by Neil Davison on ‘Ivy Day in the Committee Room’, Dublin Municipal Politics and Joyce’s Colonial Irish-Jew or the Bloomsday Fashion Workshop with Burlesque star Bella A GoGo and At it Again! of Romping through Ulysses fame. Bella, Niall and Maite will keep you entertained with fun facts about Edwardian fashion, extracts from Ulysses and tips and demonstrations on how to dress yourself, your hair or your moustache for Bloomsday. Maite who you may also know from Locks and Lashes as a vintage make-up artist will demonstrate two different looks for the ladies. Bubbly will be at hand, while you listen to Joyce’s words, try some clothes and play with accessories. And we have a goodie bag for everyone in the audience. 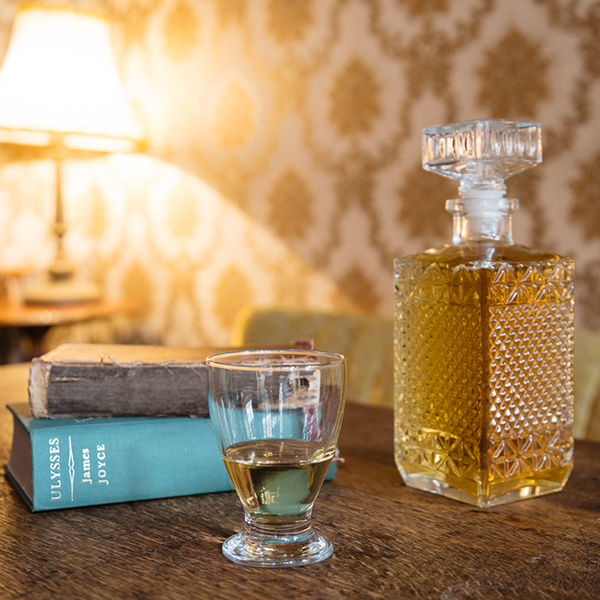 The Joyce of Whiskey
13 June at 6pm

On Wednesday 13 June, things are heating up with a gaggle of things to do. It is a day for tours. You’re spoilt for choice between the Joyce & Yeats tour in honour of W. B. Yeats’ birthday, the Dubliners Tour, a tour of the Freemason’s Hall, the Bloomsday Tour with Dubliniamo in Italian, the Joyce by Bus tour culminating in the Deluxe Joyce of Whiskey tour. For a bit of sit-down entertainment, come to the last performance of Stephen Gardner’s Ulysses Extended, which interprets certain passages from James Joyce’s Ulysses. Or head out to Dun Laoghaire’s dlr LexIcon for a screening of Dublin Only, a film by Piotr Sadowski, which features a day in the life of Dublin much like Ulysses. 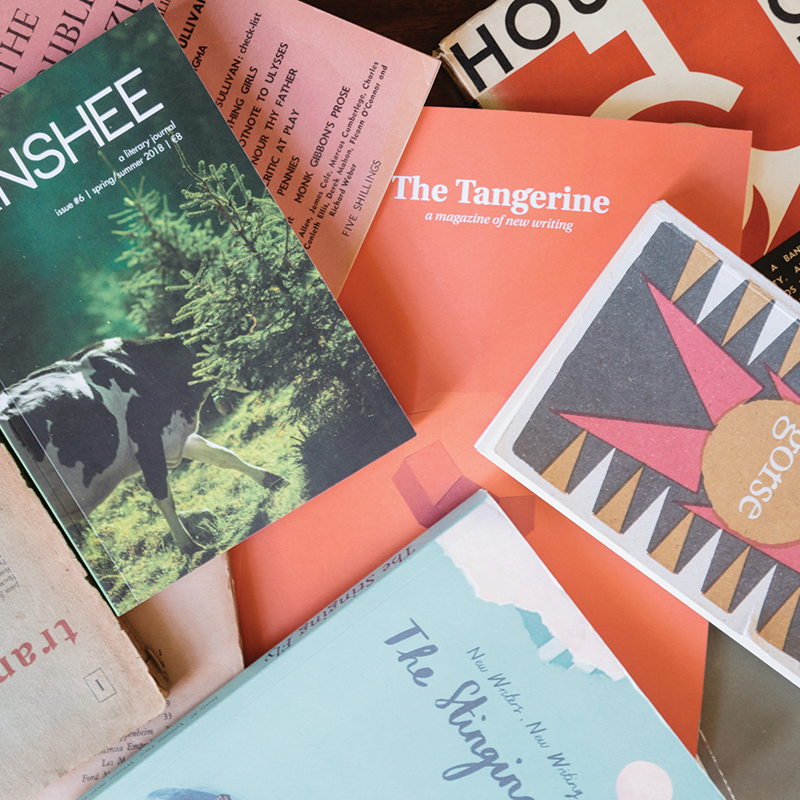 The Legacy of the Little Magazine
14 June at 6:30pm
Tickets only €10 with discount code littlereview

On Thursday 14 June we’ll have one of our most hotly anticipated events, The Legacy of the Little Magazines, in beautiful Belvedere House. We will be celebratingthe centenary of the serialisation of Ulysses in The Little Review in 1918 with key figures from the vibrant contemporary Irish literary magazine scene. Join Susan Tomaselli from gorse, Declan Meade from The Stinging Fly, Tara McEvoy from The Tangerine and Laura Cassidy from Banshee in a discussion of the fascinating history of serialisation and the literary periodical to the recent resurgence in literary magazines in Ireland. For tickets at the discounted rate of only €10, enter the coupon code ‘littlereview’ at the checkout. 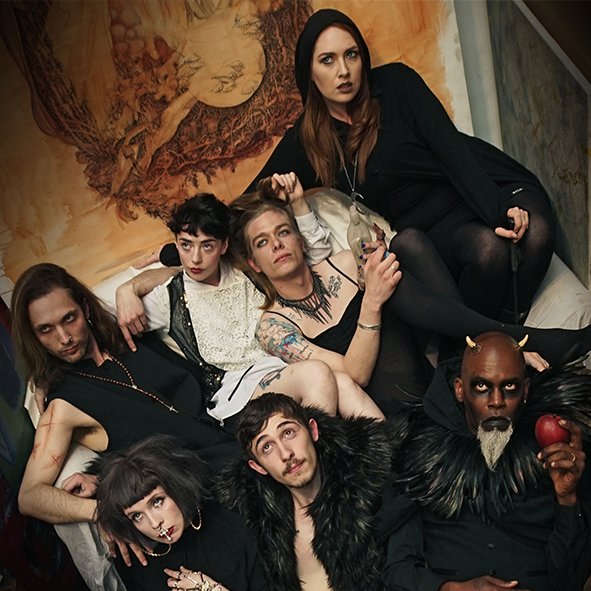 The Poetry Brothel: Midnight Mass
15 June at 8pm ’til late

And here we are, Bloomsday Eve, Friday 15 June, where independent Fringe events abound. On Dublin’s south side, the dlr LexIcon is luring you with a Celebration in Song & Prose of James Joyce’s Ulysses with Sandra Oman and Michael Grennell from Game of Thrones. Or swing your legs at the Bloomsday Tea Dance in Terenure. In the evening, you have options aplenty to make the choice extra hard. If you want to dive deeper into Joycean matters, head over to IMRO for the James Joyce Documentary Project, celebrate the launch of James Joyce’s The Mookse and the Gripes illustrated by Thomas McNally at Lilliput Press, learn about the trials and tribulations of translating Finnegans Wake into Italian in the National Library, take in the launch of the exhibition “Joyce and Italy” by Joyce Garvey at the Kevin Sharkey Gallery or go and see Ulysses: An Opera in the Dublin Unitarian Church. If you fancy something a little bit different, book yourself into the Bloomsday Quiz Night at Teeling Whiskey Distillery, which includes a tour of the distillery and whiskey tasting, or go to Midnight Mass at The Poetry Brothel in an 18th Century Church and find liberation in the sensuality of the arts.

As you can see, there’s something to suit all tastes coming up next week, so book your tickets now and hopefully we’ll see you there!